Also known as the SS , the SuperSport name is steeped in rich heritage. Here are Ten Things about the 900 SuperSport you should know.

It all started in 1972, when Paul Smart and Bruno Spaggiari both rode the Super Sport prototype based on the 750 GT to victory and second place respectively, at the Imola 200. The desmodromic-valved V-Twin was designed by none other than the great Fabio “Dr. T” Taglioni (We wrote up about Fabio Taglioni in our Top Motorcycle Designers series).

The significance of these results meant that: 1. Ducati will forever be elevated into the ranks of superbike makers; 2. The use of the desmodromic (desmo) system in virtually every Ducati thereafter; 3. Ducati’s superbikes of that era were named Super Sport.

2. MIKE HAILWOOD
“Mike the Bike” came back to motorcycle racing in 1978 after an 11-year hiatus, joining the Isle of Man TT Formula 1 race, and rode the Ducati 900SS to an emphatic victory.

The following year’s 900 Super Sport were painted in black with gold accents, but a limited-edition Mike Hailwood Replica was also produced, complete with green and red colours.

The “Michaelangelo of motorcycles,” Massimo Tamburini joined the Cagiva Group in 1985; Cagiva had already acquired Ducati by then.

Tamburini’s first Ducati was the Paso 750 which made its debut in 1986. It featured “boxy” front and rear ends, plus a bodywork which wrapped tightly around the mechanical parts of the bike.

Taking cues from the Paso, he next designed the 851 superbike for 1987. The 851 was the Ducati which started the Italian firm’s dominance in World Superbike.

And from the 851’s design, the 900 SuperSport was reborn in 1988. It was during this time that the SS name had started to be promoted by Ducati. The engine was the 904cc, air-cooled, two-valve, 90-degree, “Desmodue” V-Twin based on the Pantah, with crankcases derived from the 851. This same engine also went on to power the M900 Il Monstro.

But it was in 1991 that the 900SS found great popularity. Between 1991 to 1998, there were many special versions, including the SP (Sport Production), CR, and ultra-sexy SL (SuperLight). Although it was based on the design of the 851, the SS was far more practical for everyday riding and touring to some extent. The riding position didn’t fold the rider in half, instead it was more upright.

Motorcycle enthusiasts of that era would still fondly remember the 900SS as the Ducati with a volcano-like exhaust rumble.

4. DECLINE OF THE SUPERSPORT

Tamburini had decided to stick with Cagiva who was now concentrating on the MV Agusta marque, leaving Pierre Terblanche to helm the design department at Ducati.

Terblanche designed the SuperSport for 1999, which was inspired by the Supermono he had penned years earlier. The design was too big of a departure from what the Ducatisti had been accustomed to and met heavy resistance in extreme cases.

The SS saw an increase in engine capacity up to 1000cc ultimately, but continued poor sales saw the model axed in 2007.

While Ducati has an extensive lineup in almost every segment, there was a glaring void in the “everyday sportbike” department. Ducati has the Multistrada for both sport-touring and adventure-touring. Conversely, the Panigale as the all-out sportbike. The Monster is a more practical naked sportbike, but doesn’t tour well. The Scrambler is more of a modern classic. The Diavel is a power-cruiser.

The result is this bike. But what should it be called? Why, the SuperSport, of course! 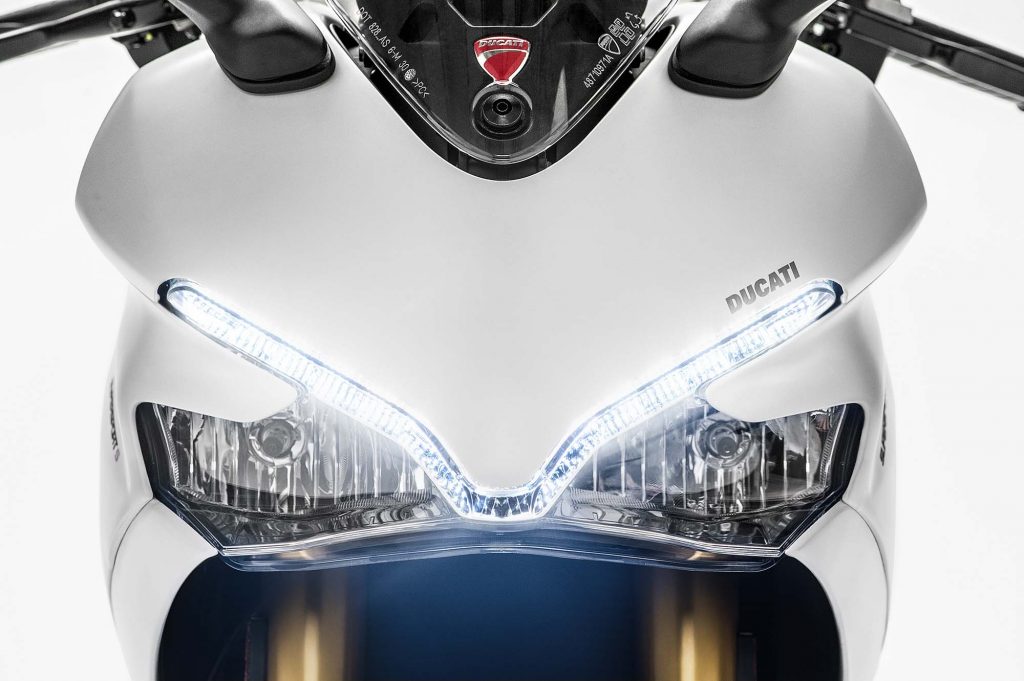 The main draw of the 2017 900 SuperSport is its riding position – sporty yet comfortable.

As highlighted above, Ducati heard the requests of the bike buying crowd and built a bike that’s practical for everyday riding, sporty for weekend canyon bombing, comfortable for long-distance touring, and fast enough for the odd trackday. 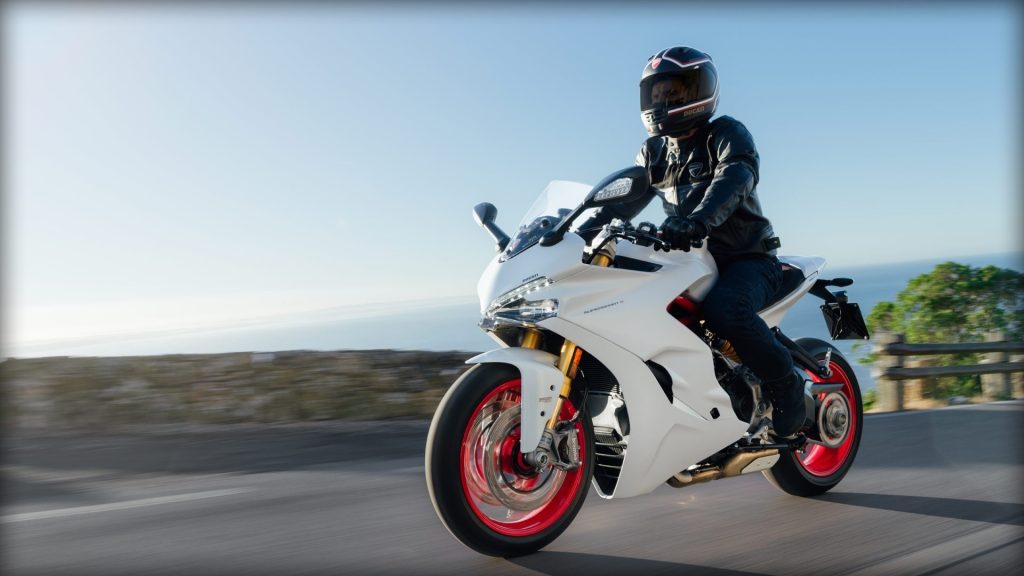 The new 900 SuperSport’s engine is shared with the 939 Hypermotard’s 937cc Testastretta, but has been retuned for low-end and wider torque spread throughout the engine’s range. 80% of the 96.7Nm of peak torque is available from just 3000 RPM.

Low-down and midrange torque is what’s most important when you ride on the streets, as it makes overtaking easier, besides saving your concentration and energy from having to shift often. Additionally, torque is what allows a bike to haul a passenger and luggage easier.

It may look like the Panigale, but the clip-ons are high set, the footpegs are lower, and the windscreen is adjustable by 50mm. Ducati also offers the “Touring Pack,” which includes a pair of semi-rigid panniers, a larger windscreen and heated grips.

The 2017 Ducati SuperSport is offered in two variants.

The SuperSport S is equipped with fully adjustable 48mm Ohlins fork and Ohlins rear shock.  It also features a quickshifter that works on both upshifts and downshifts (the engine blips itself on downshifts). The clutch is therefore only used when starting and stopping. The SuperSport S comes in Ducati Red and Star White Silk. A colour-coordinated rear seat cover is included.

The base SuperSport model gets fully adjustable 41mm Marzocchi forks and Sachs shock that’s adjustable for preload and rebound only. It is available only in two-tone Ducati Red and Saturn Grey. Owners may install the quickshifter of the SuperSport S.

However, both models feature front and rear ABS, ride modes and Ducati Traction Control as part of the Ducati Safety Pack.