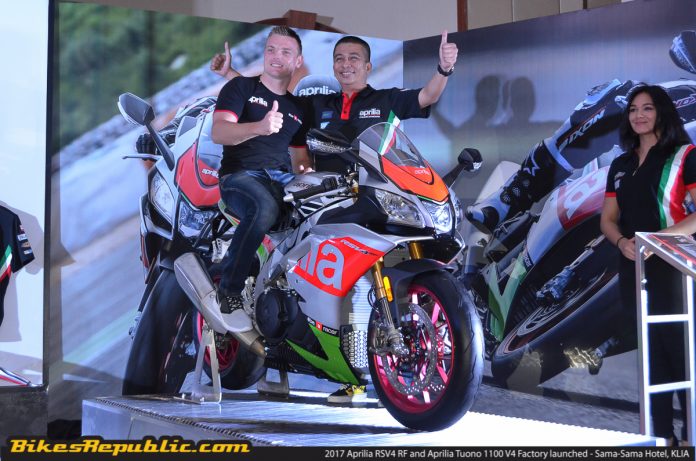 The launch was held at the Aprilia Racing Team Gresini meet and greet session with their MotoGP rider, Sam Lowes. 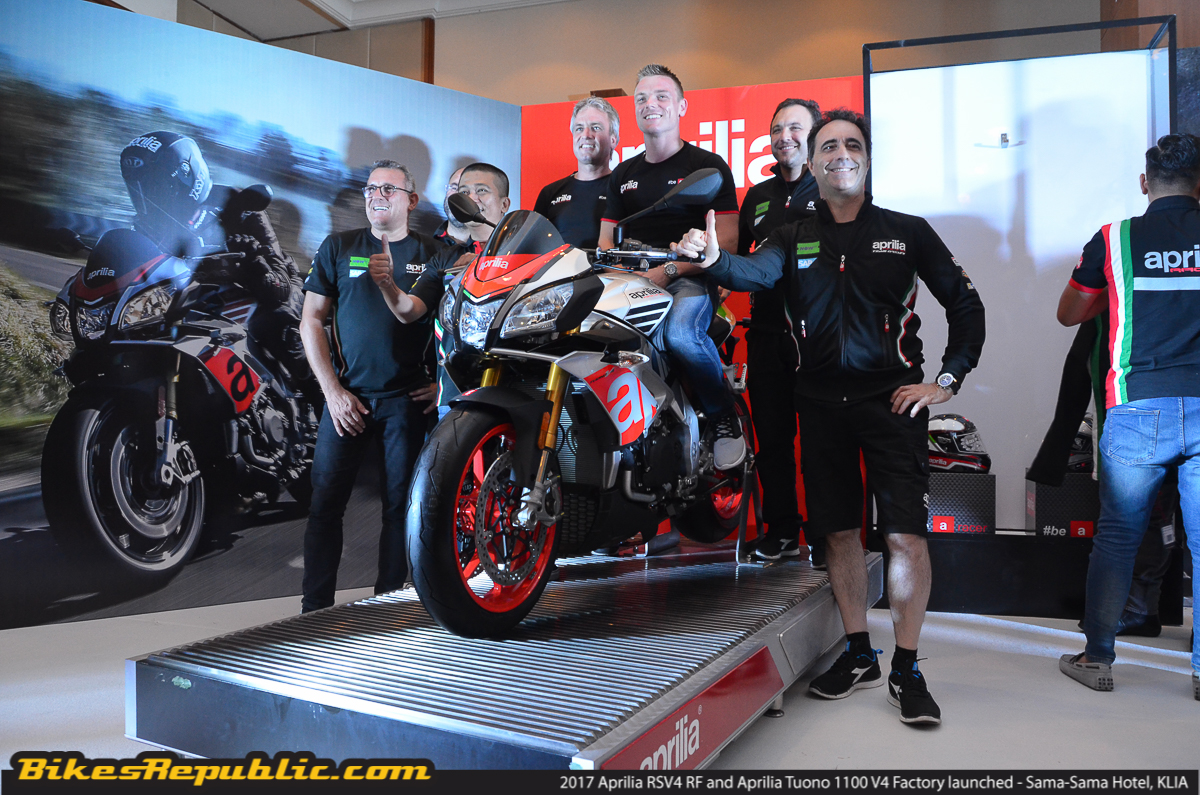 In conjunction with the upcoming Shell Malaysia MotoGP round which is happening this very weekend, Naza Premira Sdn Bhd, the sole distributor of Aprilia motorcycles here in Malaysia took the opportunity to launch two of their latest motorcycles in their current line-up. These bikes are none other than the 2017 Aprilia RSV4 RF and Aprilia Tuono 1100 V4 Factory. 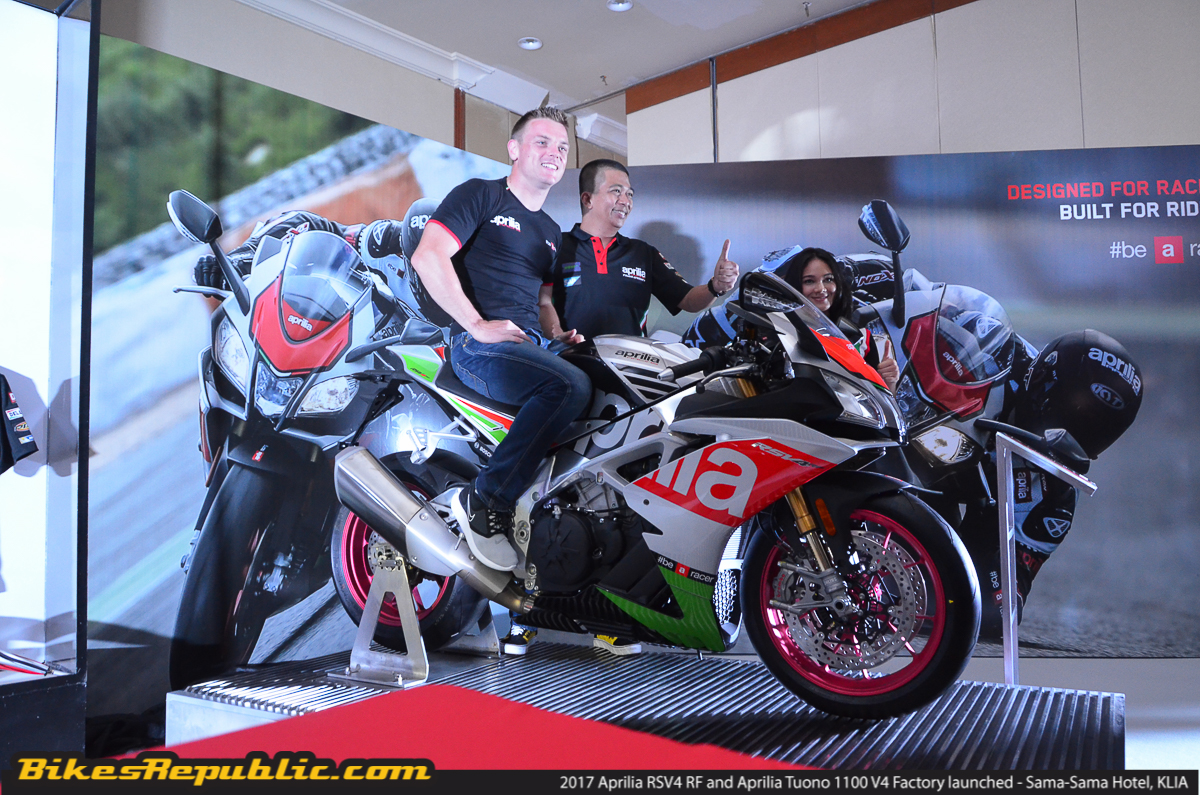 The launch was held during the Aprilia Racing Team Gresini meet and greet session last night at the Sama-Sama Hotel right next to the Kuala Lumpur International Airport (KLIA). The unveiling of the bikes were done by their MotoGP factory rider Sam Lowes together with the team manager in front of fans and Aprilia owners. 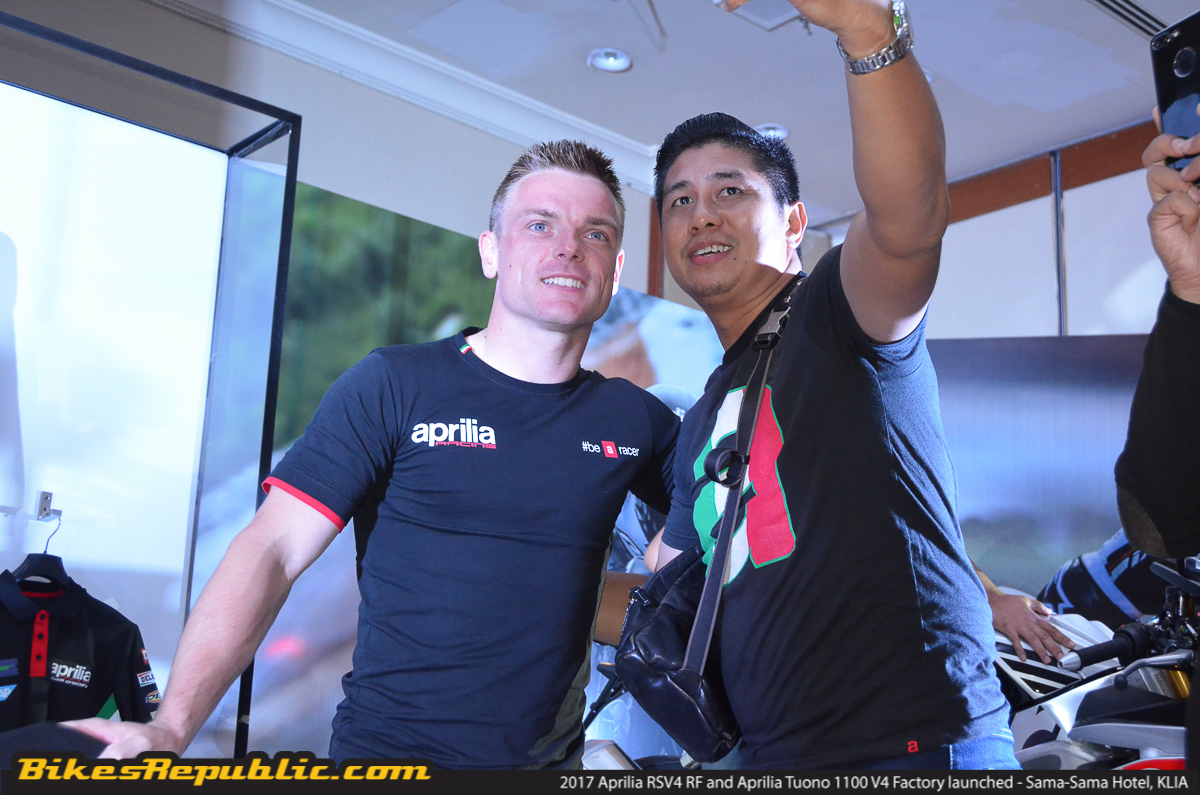 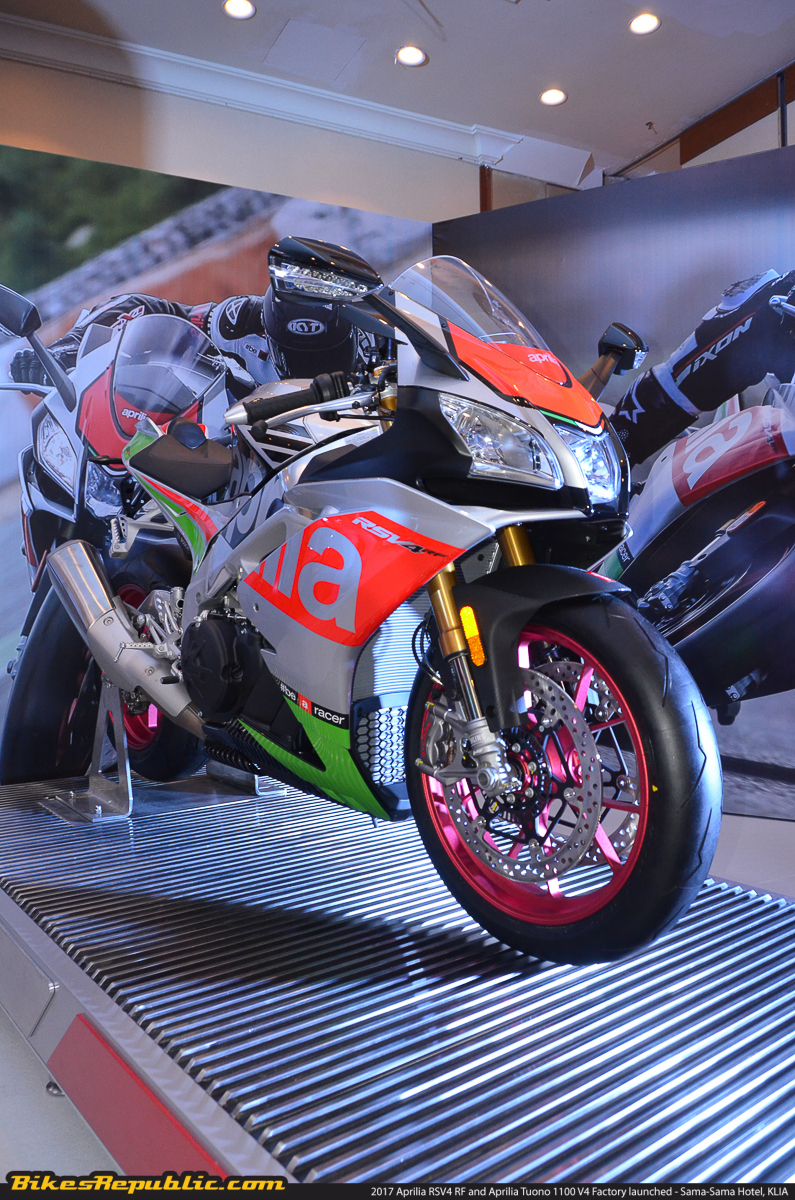 Considered by many as one of the best superbikes in the world, the latest RSV4 RF is a prime example when it comes to sports design and performance. Taking the essence from Aprilia’s rich history and success in the world of racing, their latest RSV4 offering is the pinnacle of road-going motorcycles packed with state-of-the-art racing goodness. 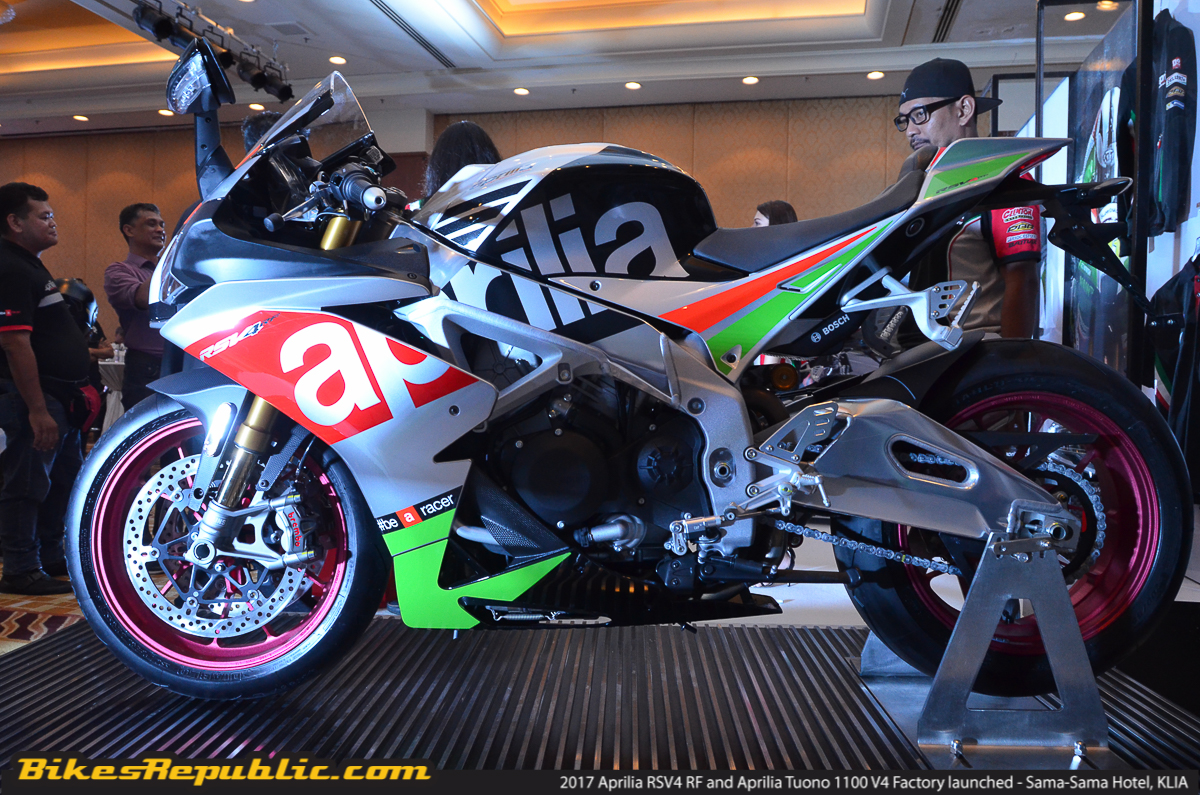 Powered by a 999.6cc V4, liquid-cooled, DOHC engine, the RSV4 RF churns out a massive 201hp at 13,000rpm primed with all sorts of gadgets and gizmos. Ride-by-Wire, selectable riding modes, fully adjustable Ohlins suspension package, light forged wheels and Superpole graphics are just some of the things that make the new RSV4 RF so mouth-watering. 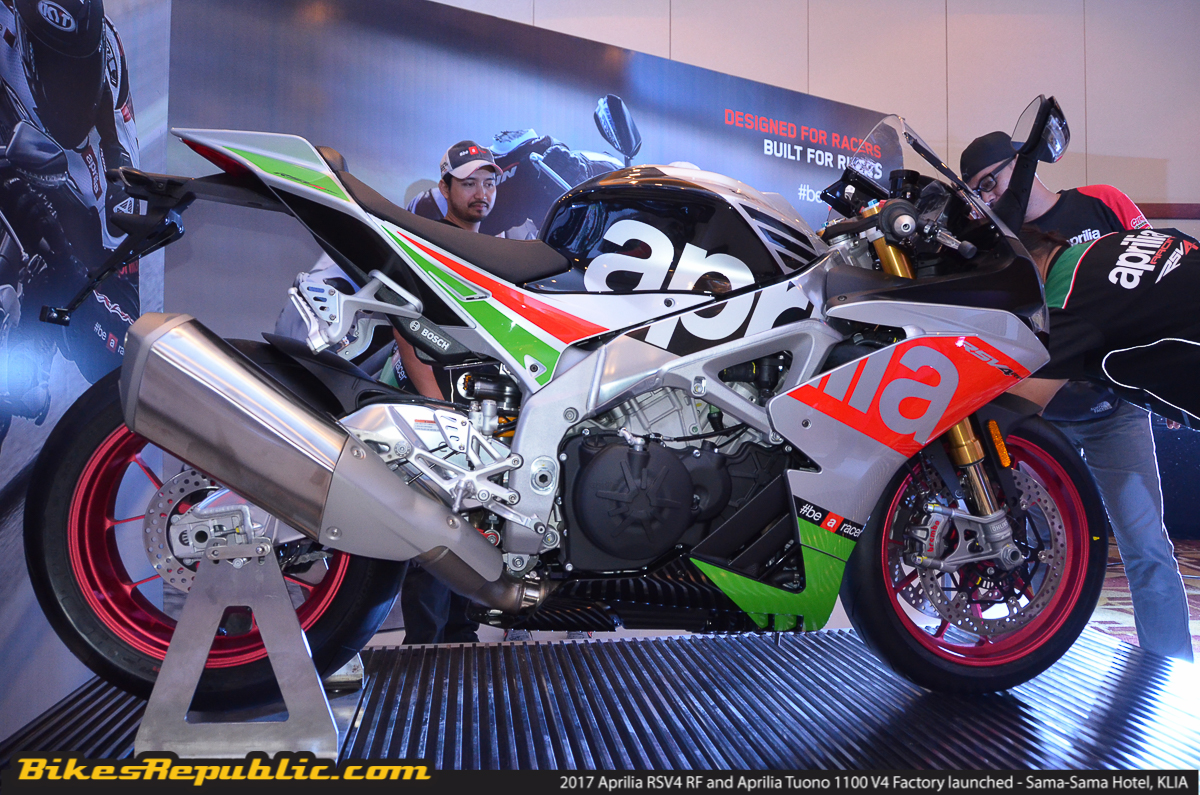 Having received the award for the 2017 Best Sportbike of the Year from Motorcycle.com, the 2017 Aprilia RSV4 RF is priced at RM127,571 (basic price with GST). To know more, CLICK HERE. 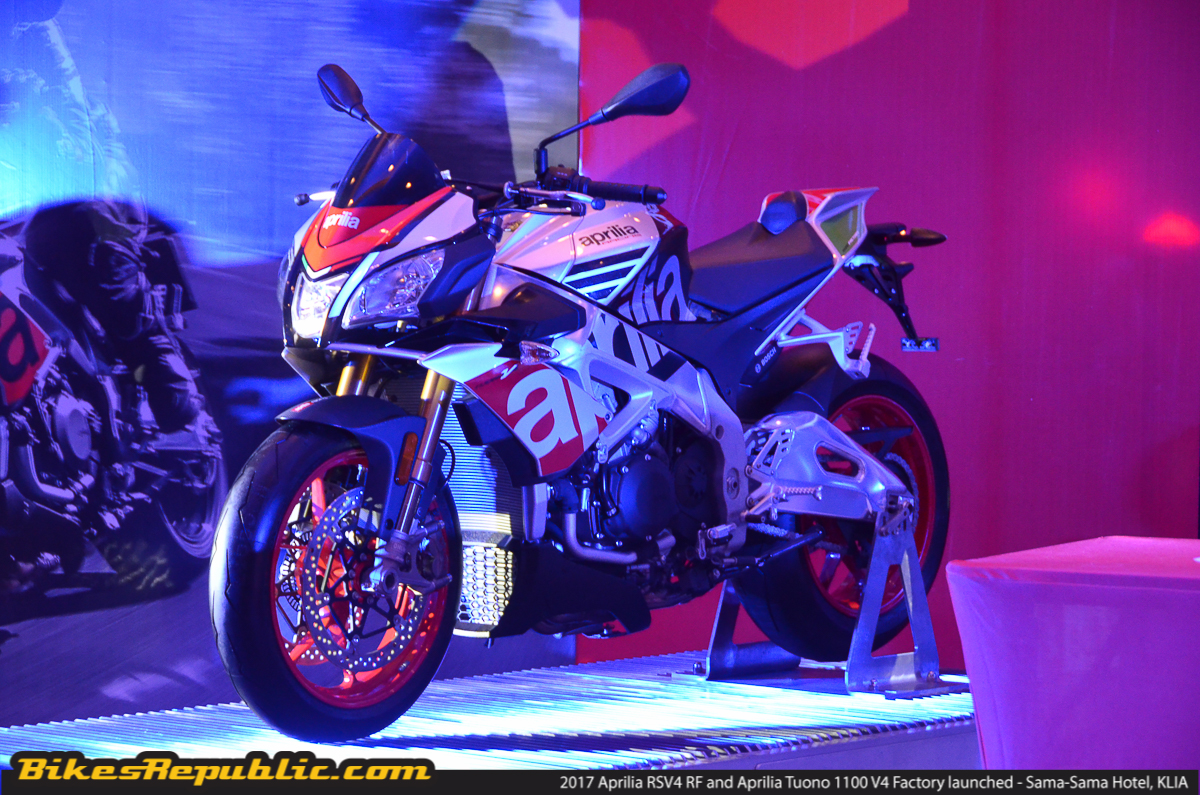 Prefer things to be slightly ‘naked’ when it comes to bikes? Don’t want to sacrifice any of the power and exhilaration from the RSV4 RF? The latest 2017 Aprilia Tuono 1100 V4 Factory is here to sweep you off your feet. 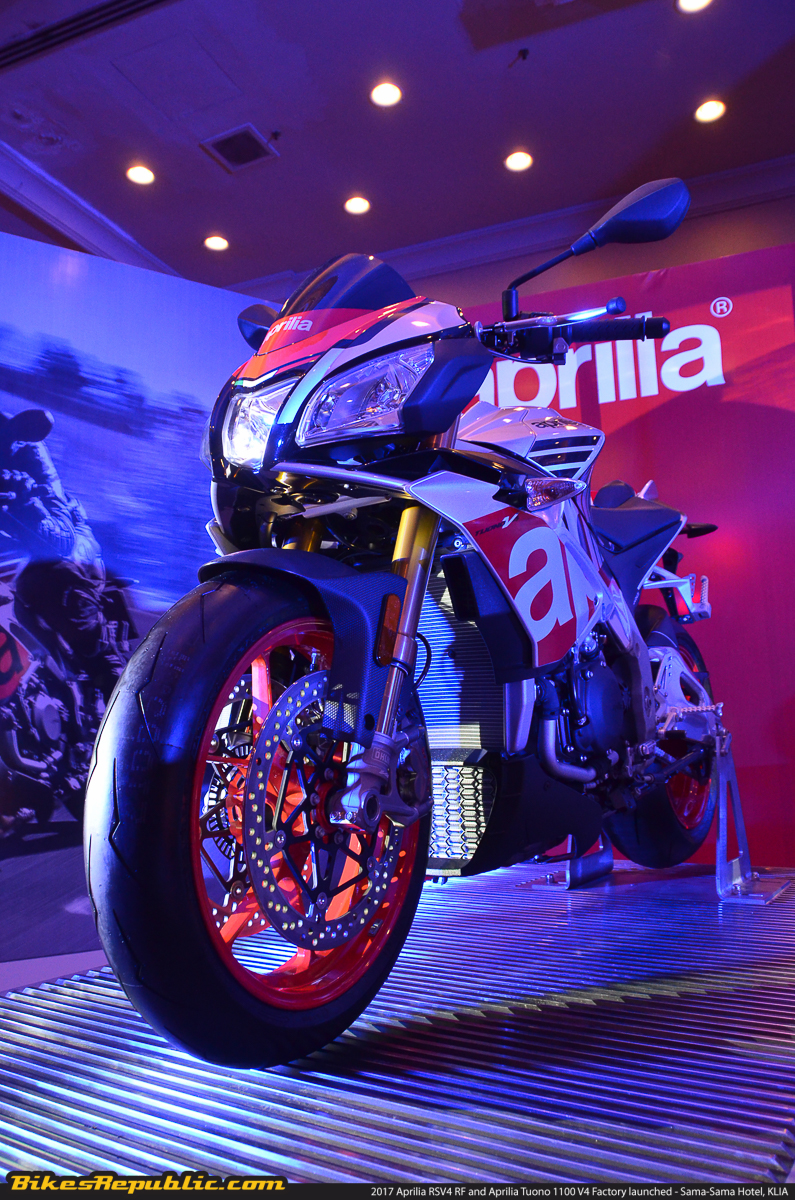 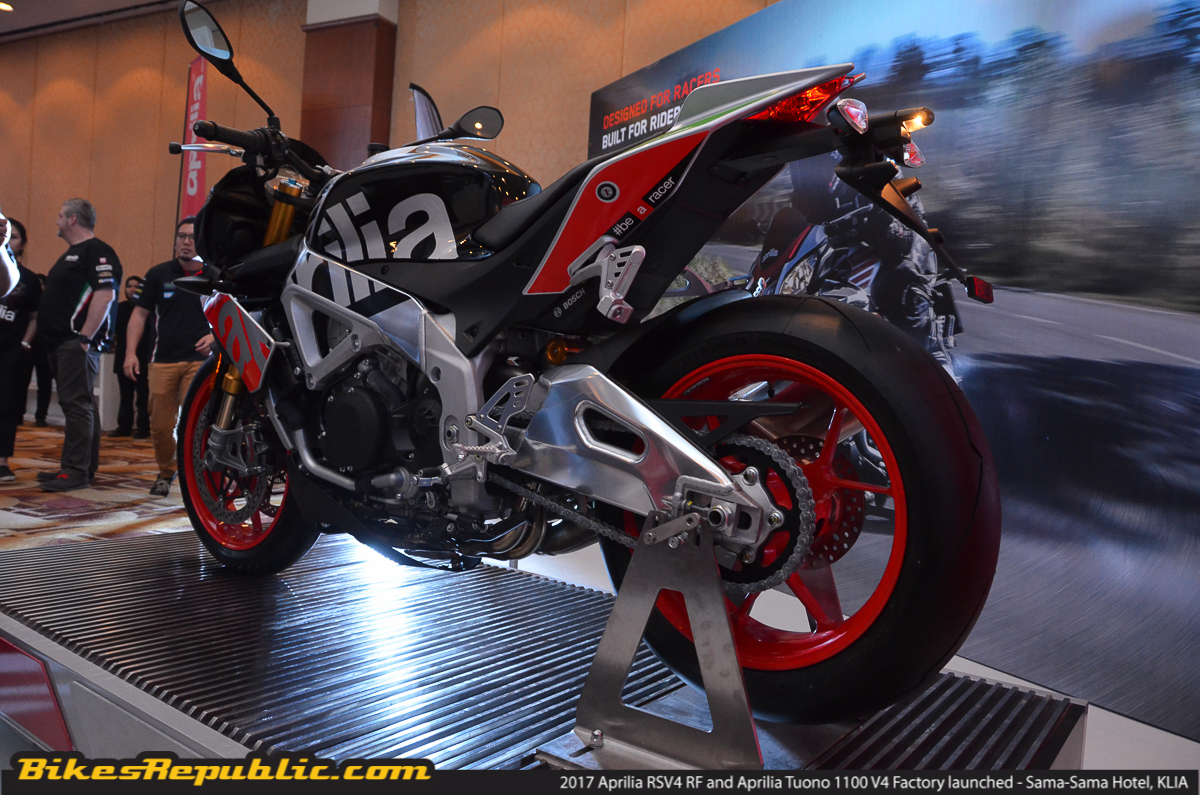 Primed with same fully-adjustable Ohlins suspension package, the new Tuono 1100 V4 Factory has been further refined with Aprilia’s latest electronics package. This includes the APRC system (Aprilia Racing Performance Rid Control) which consists of traction, wheelie, launch and cruise controls plus electronic up and down gearbox, pit limiter, cornering ABS and many more. 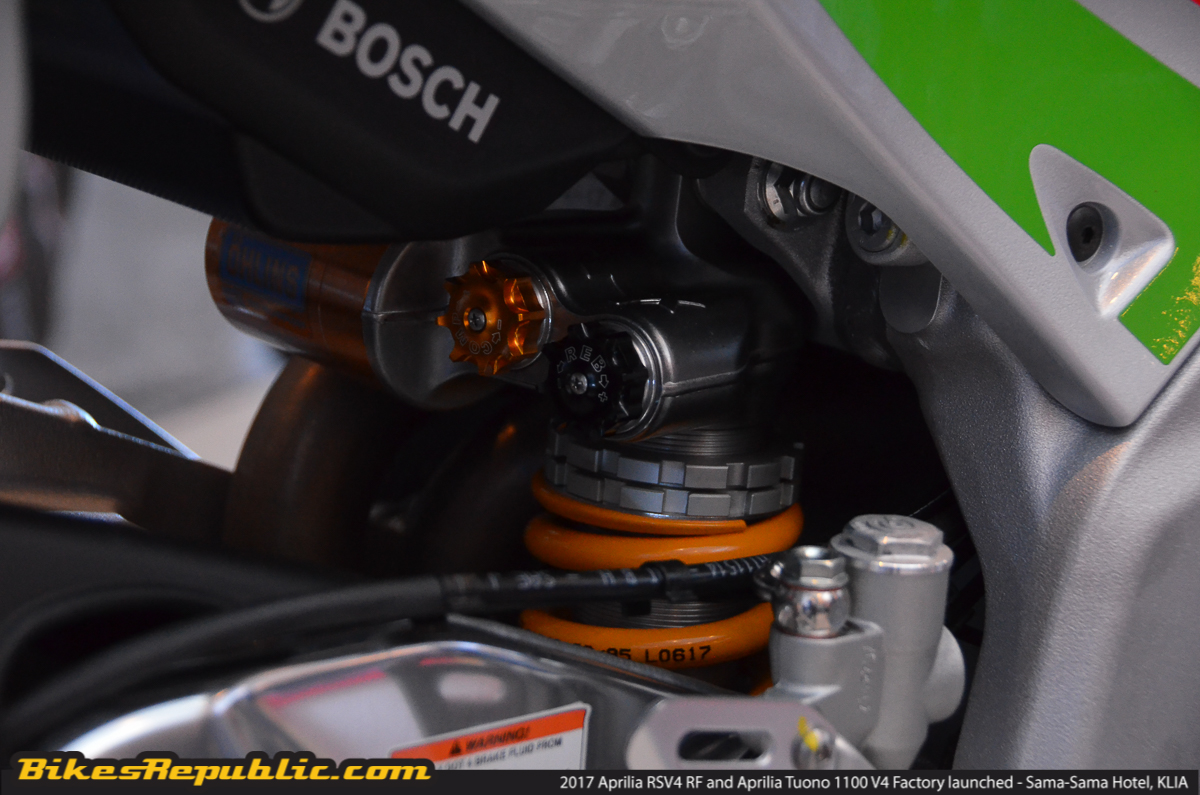 Priced at RM104,251 (basic price with GST), the latest generation Tuono 1100 V4 Factory is considered by many as one of the best naked/streetfighter bikes around with multiple awards to back up the claim. To know more about the 2017 Aprilia Tuono 1100 V4 Factory, CLICK HERE.