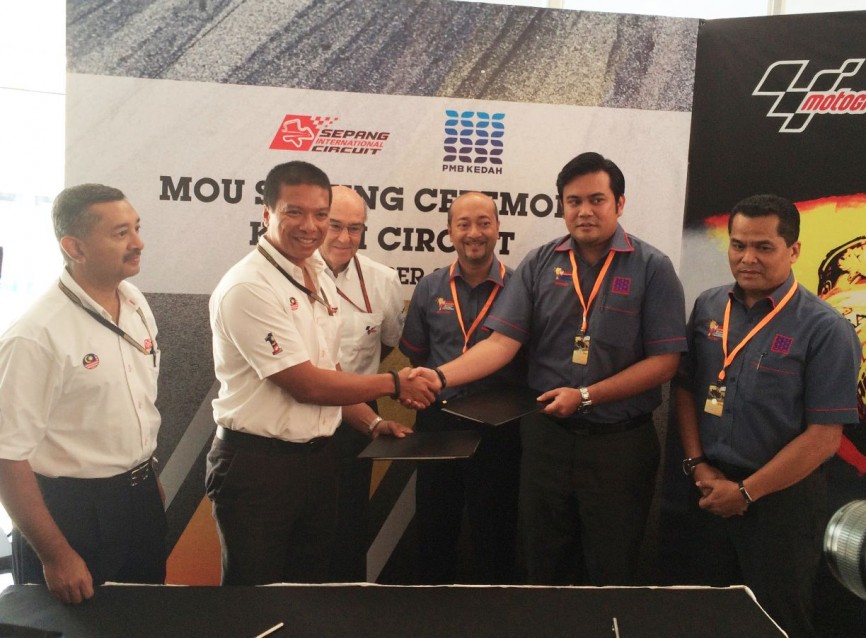 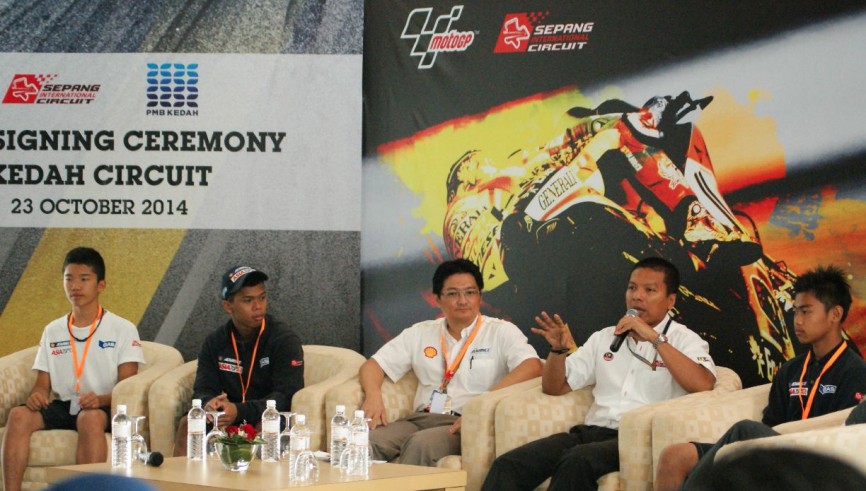 Sepang International Circuit (SIC) marked a milestone ahead of this weekend’s 2014 Shell Advance Malaysian MotoGP weekend. During the second ever Southeast Asia Motorcycle Business Forum, SIC announced plans to open a new circuit in Kedah, plus the formation of a new Moto3 racing team for 2015.

The MoU will see SIC agreeing to provide its expertise and aid in the development of a new circuit that will be built in the state of Kedah. The deal will also ultimately see SIC taking the role of management advisor of the new circuit.

The proposed Kedah circuit is set to feature a circuit, plus an off road course, a drag strip, grandstand and hillstand seating for spectators, as well as a paddock building with retail premises. The new circuit is aimed squarely at creating a motorsports hub for the northern region. 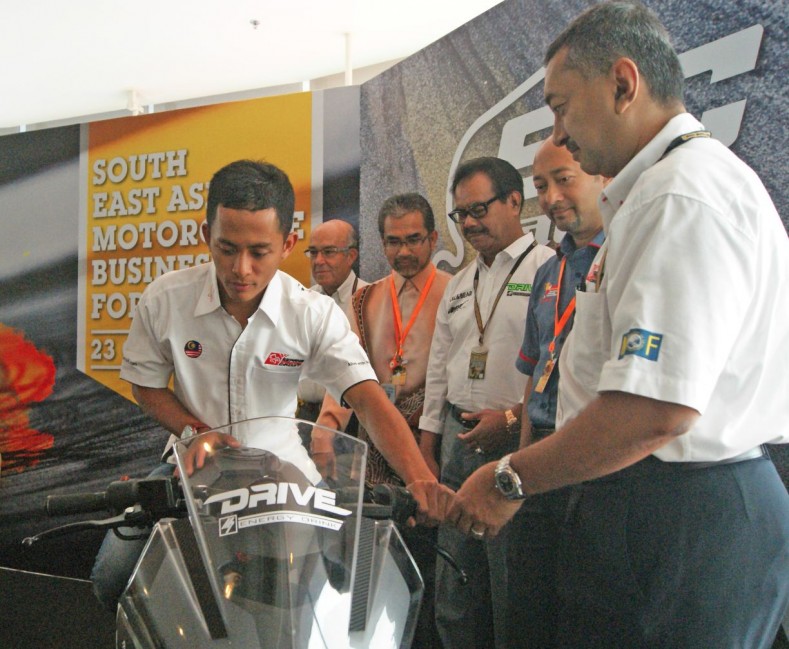 The second most significant announcement came shortly after during second ever Southeast Asia Motorcycle Business Forum, that being the formation of a Moto3 team for 2015. Revealed as the team’s first rider during the announcement is national Moto3 rider Zulfahmi Khairuddin.

“This registration by SIC brings our commitment to growing the two-wheel racing ecosystem in Malaysia to the next level, a step up from our initiatives in the last five years, since 2010. This move marks the next phase of our investment into developing motorsports in the nation. With the entries registered under Sepang International Circuit, we can now test extensively at the circuit in November this year and February and March next year, ahead of the 2015 season’s opening race in Qatar,” said SIC CEO Datuk Razlan Razali.

The newly-formed SIC team will be fielding a KTM Moto3 250 GPR race machine next season. Crucially, the team will also be supported by local motorsports conglomerate Mutiara Motors, as well as the Tourism Malaysia and the Ministry of Youth and Sports Malaysia.

Interesting times are definitely ahead of us Malaysians as far as motorsports is concerned. The new northern region race track, something we believe is sorely needed, looks set to spur greater interest amongst non-urban citizen in the region. We’ll have more on this as soon details emerge.