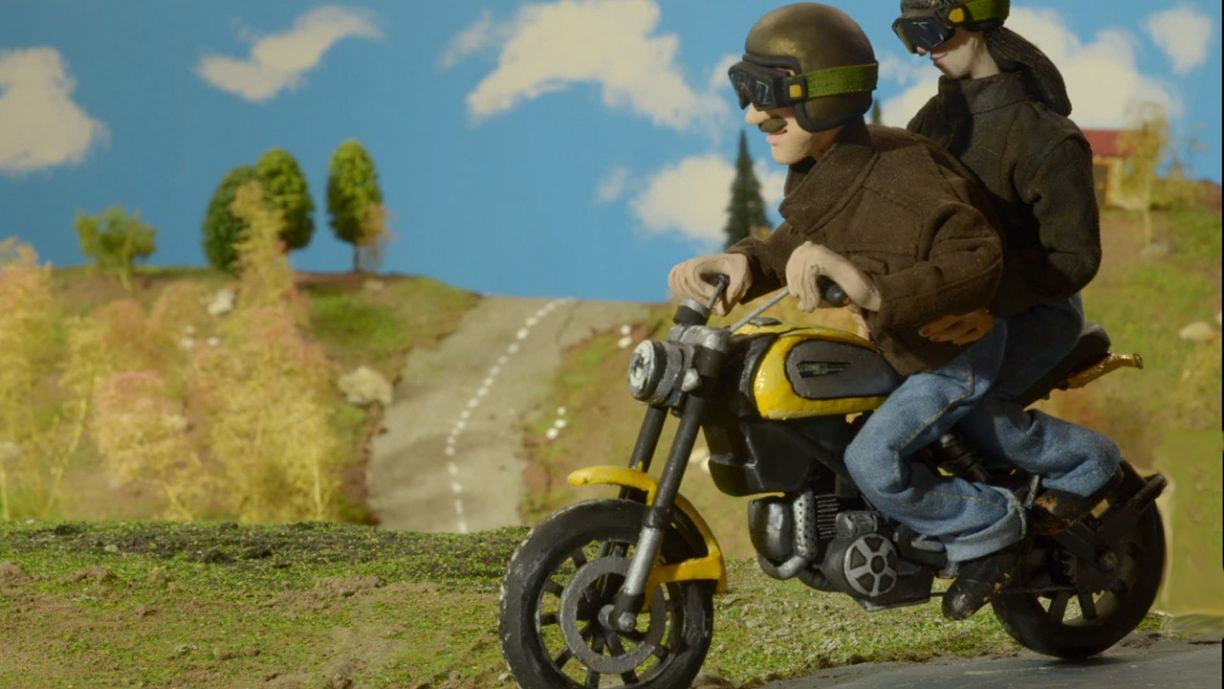 The third and last episode in the Ducati Scrambler “Franco & Elvira Story” is out; it finally shows the basic shape (though putty like) as Franco takes Elvira to the World Ducati Week.

If you had missed them, the videos – the plasticine protagonists of which were hand-made by three talented nineteen-years-olds from Bologna – tell an imaginative story of how the Scrambler Ducati ended up in the present day.

As the storyline goes, Franco, a man from 2078, is catapulted by a time machine (which somehow looks very similar to the Delorean from the Back To The Future movie) back to the Woodstock festival of August 1969 where he meets and falls in love with both Scrambler Ducati and Elvira.

They joyously elope on the bike, yet before the two can even kiss the time machine hurls them forwards to the present day, to 2014. Franco and Elvira find themselves directly in front of the fabulous “yellow container” – first visited by Ducati employees and then the enthusiasts who flocked to WDW 2014 – from which they exit astride the new Scrambler Ducati.

Unfortunately, it will be almost another two months before we get to see the actual bike when it is officially presented on 30th September during Intermot 2014 in Cologne, Germany. View the video below.

Franco and Elvira Story (Episode 3) from Scrambler Ducati on Vimeo.