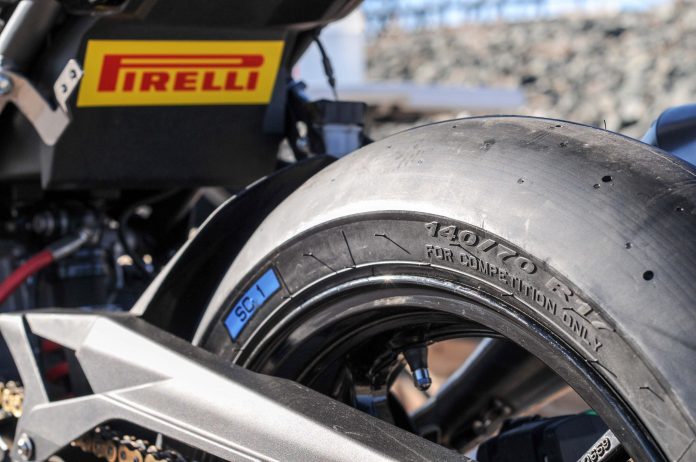 Smaller capacity classes are ever popular worldwide. We have the underbone a.k.a. cub prix class in Southeast Asia, before stepping up to the 250cc, 300cc and now 400cc classes. One of the biggest problems was finding the correct-sized tyres.

Pirelli recognizes this and debuts the Supercorsa racing slicks in 110/70-ZR17 front and 140/70-ZR17 rear sizes. The new tyres are made with the super-sticky SC1 compound. These are meant for 300cc and 400cc bikes, but the 250cc should find them useful, too.Indeed, Pirelli is the title sponsor and tyre provider for the World Superbike Championship which included the SuperSport 300 class.

Why the need for different tyres? Why not just use bigger rims to fit bigger sizes?

Smaller motorcycles do not have the weight and speed to create the type and of forces like big bikes do. As such, the tyres may not heat up enough and many not be able to retain the heat for optimum performance. Tyres designed for lighter bikes may have the same compounds as their bigger brothers but have slightly different construction.

The new tyres are now available in Europe and the US. BikesRepublic.com got in touch in with the Malaysian Pirelli official distributor Southeast Asia Parts for confirmation. According to them, these new tyres will be available by the first round of the 2019 Pirelli Malaysia Superbike Championship (MSBK) 2019.

Get ready for even faster times in the Super 250 class!

*Note that these are racing slicks and the racetrack is the only place for them. Do not be foolish and mount them for road use!