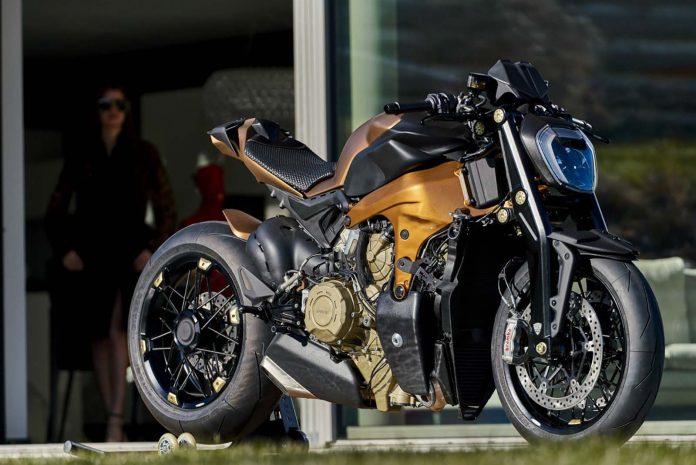 The anticipation for a new V4-powered Streetfighter became a storm when Ducati CEO Claudio Domenicali said there will be more Ducati V4 models in the future. It’s a news well received because Ducati doesn’t have a true blood naked sportbike, apart from the current Monster 821.

However, Italian design house Officine GP Design went ahead and built their own Streetfighter. They will produce ten of these exquisite bikes. While it was built independently from the manufacturer, it goes to show that the V4 and frame platform have the potential to be turned into other bikes. 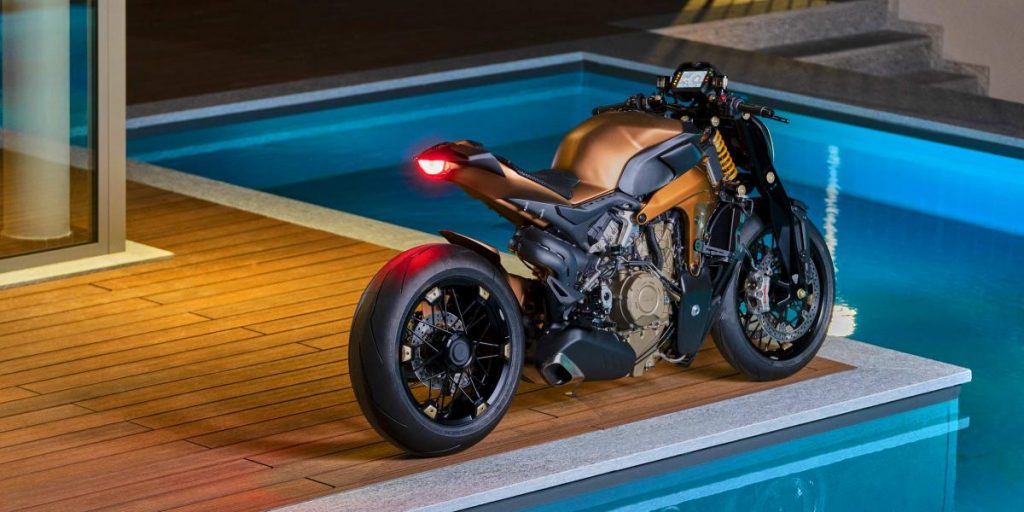 Besides the lack of bodywork, the most striking feature are the girder forks in place of the stock Öhlins items. The girder forks are supplied by FG racing and they are machined from solid billet. The Jonich SX wheels add even more drama to the entire package.

The tank and frame aren’t just painted, instead they are covered with a specially made textured copper. The headlight was sourced from a Ducati Diavel. The instrument display is stock but is mounted on a 3D-printed mount.

The leather seat is by Foglizzo with a V4 Penta logo. The bike’s tailsection was also redesigned. Other components are mostly from Rizoma. 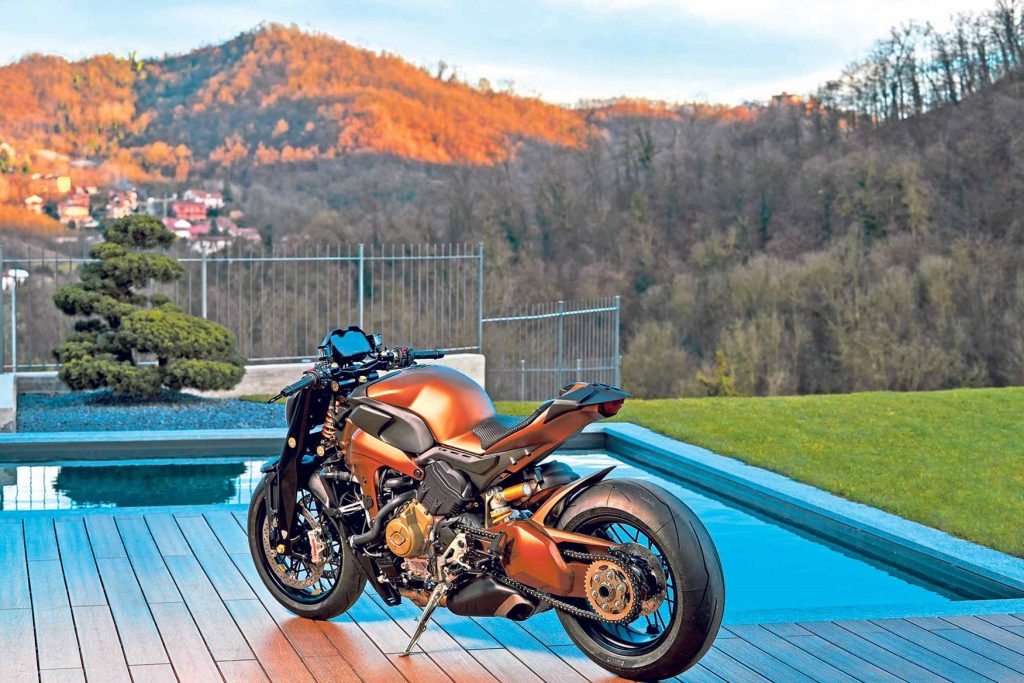 Let’s hope Ducati’s V4 naked bike will look as good as this or even better.

All photos by MCN