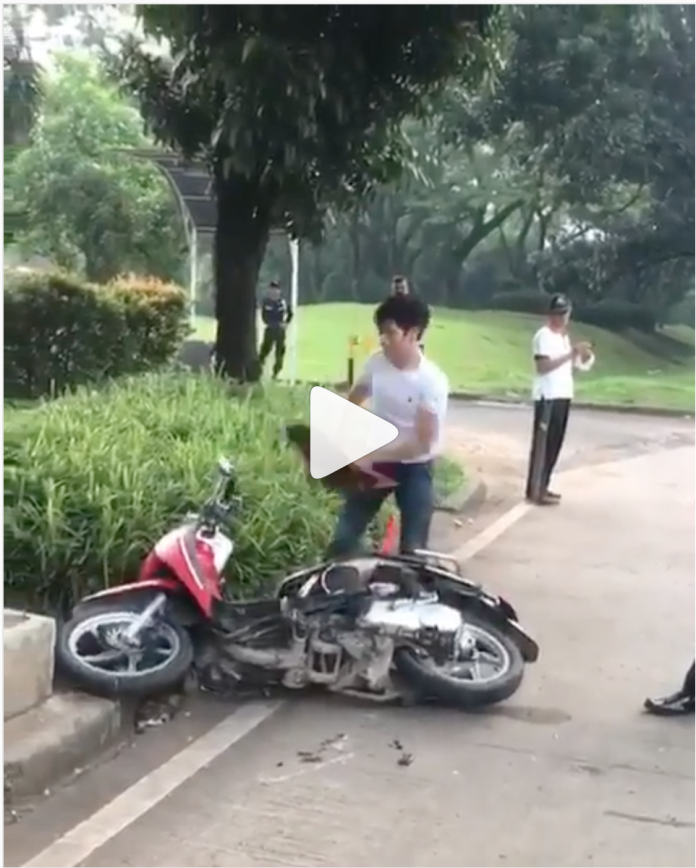 A motorcyclist in Indonesia threw a fit and destroyed his own motorcycle after being fined by a traffic policeman.

In the South Tangerang incident, the motorcyclist identified as Adi Saputra, 21, was caught riding against traffic flow. He then tried to ignore the traffic policeman, so he was given a ticket. In addition to riding the wrong way, he was also riding without a helmet and driving license.

The fine drove the motorcyclist angry and he started shouting at the police officer.

He then proceeded to destroy his bike by first lifting (amazing what adrenaline could do) and smashing it back down, before pulling parts off it and throwing them into the nearby bush. Lastly, he used a rock to deliver the coup de grâce on the hapless bike. His female companion could be heard pleading for him to stop.

We hate to think of what would happen if he were riding a horse.

Check out the video by Jakarta Info below.

The police confiscated the bike anyhow and promised to return it if he furnishes the required documents.

They ticketed more than 700 motorists within a week