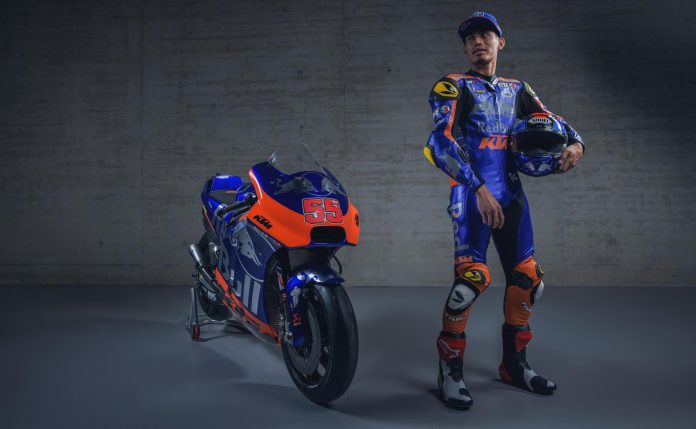 He was also awarded the Malaysia Motorsports People’s Choice Award. The nominees and subsequently the winner of this category was determined by fans through online voting.

Hafizh became Malaysia’s first ever full-time MotoGP rider in 2018 when he was picked by Herve Poncharal to join his Monster Energy Yamaha Tech 3 team. His consistency meant that he led the MotoGP Rookie of the Year chase until a slew of crashes forced him to cede the title to 2017 Moto2 champion and fellow rookie, Franco Morbidelli by just four agonizing points. Hafizh’s best finish was an incredible 9thin Argentina after starting from the 23rdspot. But perhaps the most emotional result was in Malaysia where he stormed up from dead last on the grid to finish 10th.

Other Malaysian motorsports achievers were also awarded at the gala event.

One rider, Danial Syahni Shahril was awared the KBS Motorsports Development Award by the Youth, Sports and Culture Minister YB Syed Saddiq. Danial was close to winning the final Asia Talent Cup race at SIC when a fellow competitor side-checked his bike. The bump caused him to fall into the path of another rider who smashed into his legs. Danial delivered an emotional note, “I’ve been in hospital for the last three months. Tonight, is the first day I am out of the hospital.” There’s perhaps justice for Danial as the offending rider was docked with a penalty and lost the race and ATC title to rival Billy Van Eerde.

On the four-wheeled front, Jazeman Jaafar won the Petronas International Driver of the Year award with fellow drivers Nabil Jeffri and Weiron Tan.

The trio was the first Asian driver team to win the fourth round of the World Endurance Championship at the 6 Hours of Fuji. They earned the entry to the 2018 Malaysia Motorsports Hall of Fame.

A total of 14 competitive awards were presented to teams and individuals over the course of the evening. Additionally, six honorees were inducted into the Hall of Fame including Kuan Huah Chin better known as Bulldog Kuan; go-kart driver Ng Wai Leong; and rally navigator Allen Oh.

Prime Minister Tun Dr. Mahatir Mohamad was conferred the Lifetime Achievement Award for his role in bringing Malaysia into a higher level in automotive and motorsports. It was Tun who started the first national car project, Proton and built the Sepang International Circuit.