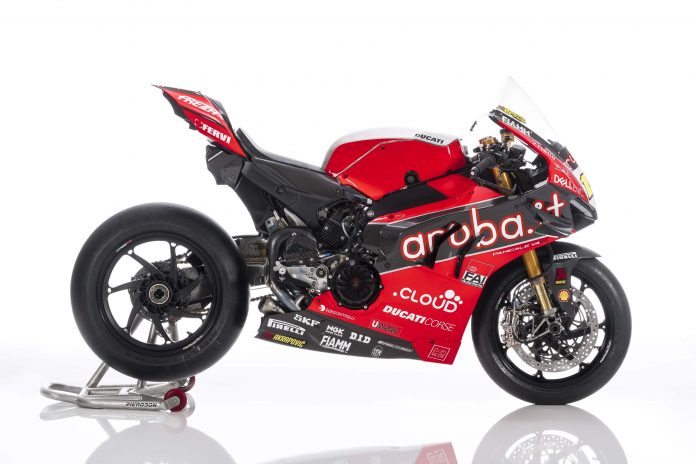 It’s not only the season for wishing prosperity, it’s also when international race teams launch their teams for the 2019 season. The Aruba.it Racing – Ducati Superbike team launched their 2019 Ducati Panigale V4 R for WorldSBK 2019. 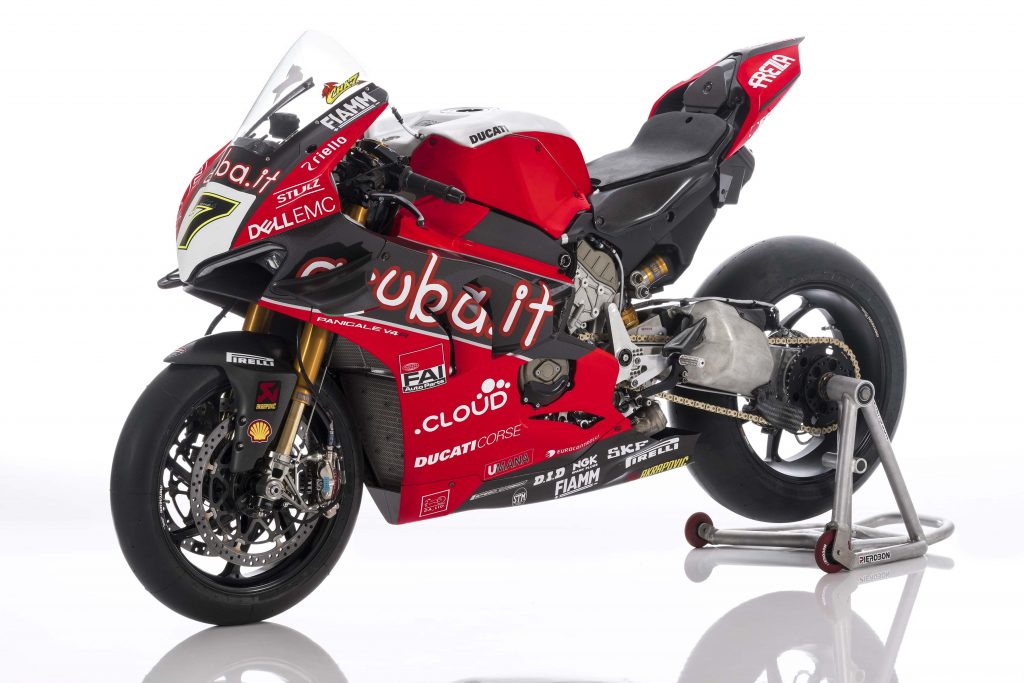 The team’s riders Chaz Davies and newcomer Alvaro Bautista will ride the new bikes in an effort to recapture the WorldSBK crown for Ducati. The Italian manufacturer had a stranglehold of the WorldSBK throughout the Nineties and it was through that championship that Ducati became a household name, before they ventured into MotoGP. However, they have not won a superbike title for the last seven years.

“We’ll be working with only one aim in mind: to win,” said Gigi Dall’Igna about Ducati Corse’s WorldSBK program. 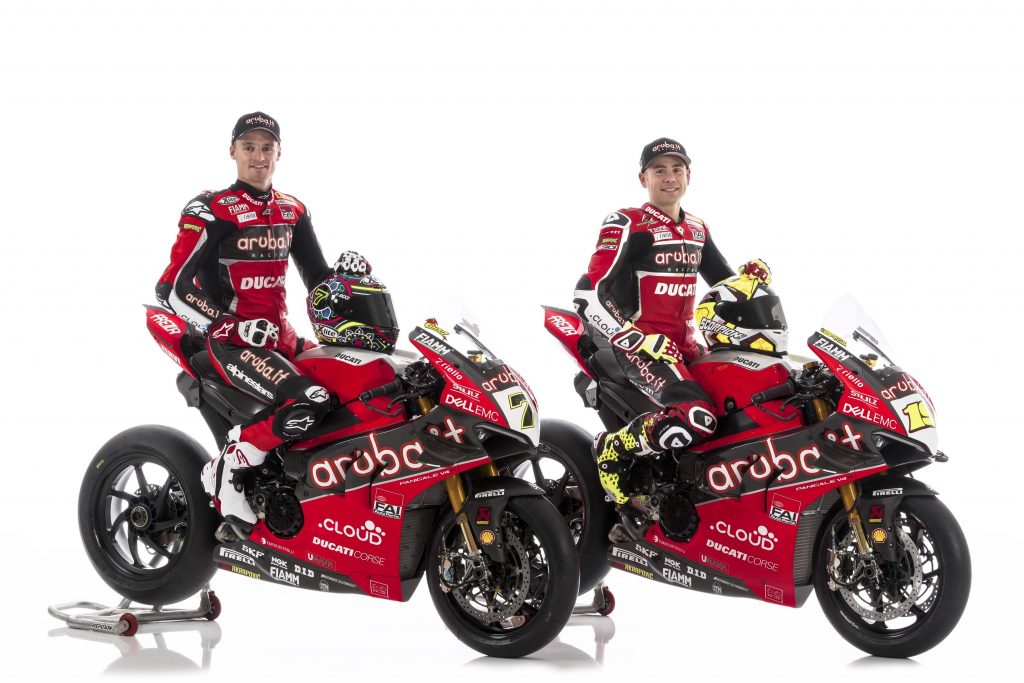 The Ducati Panigale V4 R is also an important milestone for Ducati as it is their first V-Four-powered road bike. Indeed, the manufacturer created the Panigale V4 as their basis to win the WorldSBK title, and thereby breaking their long tradition of producing V-Twin superbikes. WorldSBK and World Supersport championships are production-based.

Make no mistake, the Ducati Panigale V4 R is a potent missile right out of the crate. On the other hand, the team and manufacturer are pragmatic in their approach.  “The project is still at an early stage and development has started auspiciously well, but we still have to perfect several details and we have a clearly defined development program,” added Dall’Igna. 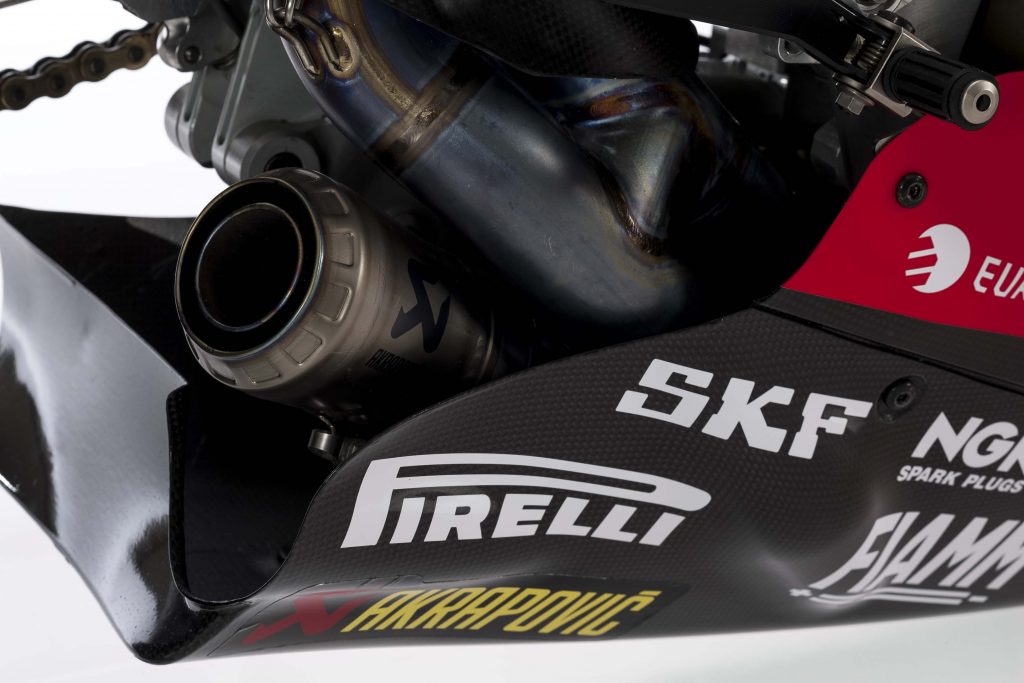 Team rider Chaz Davies will spend his fifth year with the red bikes and is a regular hard charger. He’s not afraid to swap paint, rubber and leather with four-time and current WorldSBK champion Jonathan Rea of Kawasaki.

Alvaro Bautista could prove to be the dark horse of the factory with his extensive experience and knowledge garnered in MotoGP. He may well score a few wins this season. 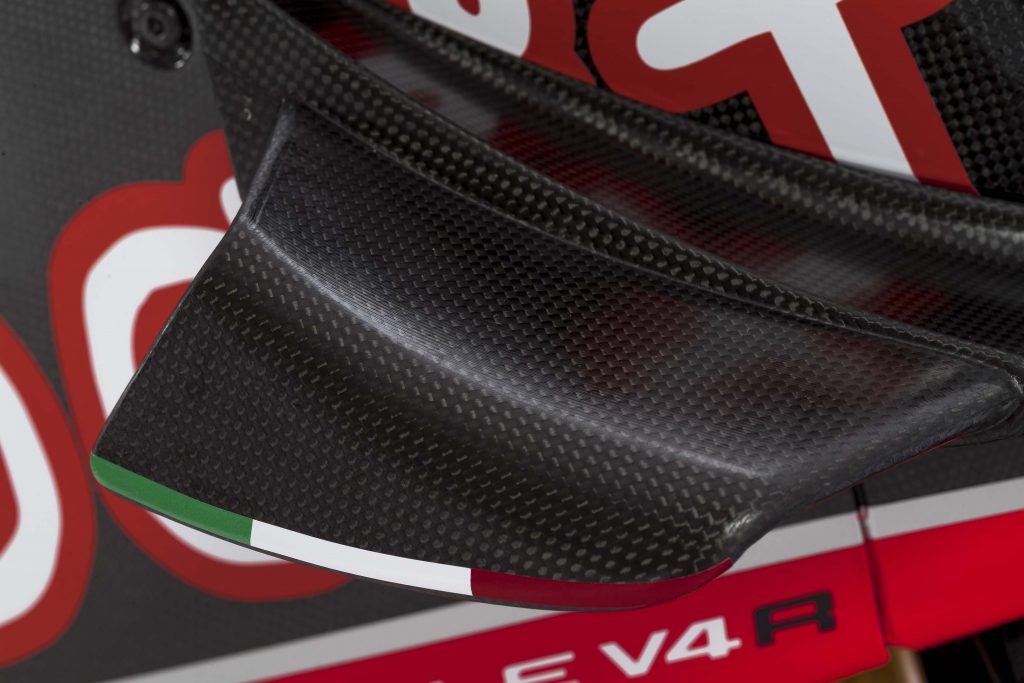 All pictures: Ducati and Asphalt & Rubber