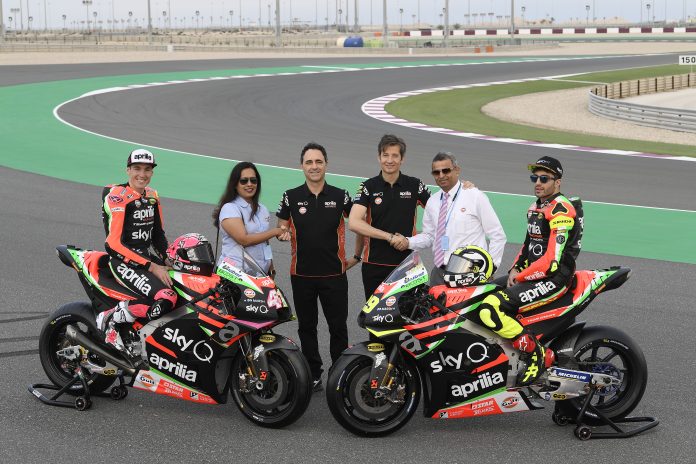 Aprilia and Gulf announced their partnership in MotoGP.

Aprilia has been making steady inroads towards the front in the premier motorcycle racing championship over the last two seasons; the riders were no longer confined to the rear or midfield. The Noale-based manufacturer made the jump into MotoGP after dominating the 125cc and 250cc world championships for many years. They also made forays into the 500cc world championship.

On the other hand, Gulf has had lots of presence in automotive racing. We’ve seen many top marques such as Porsche and Aston Martin sporting Gulf’s trademark light blue and orange livery for many decades. 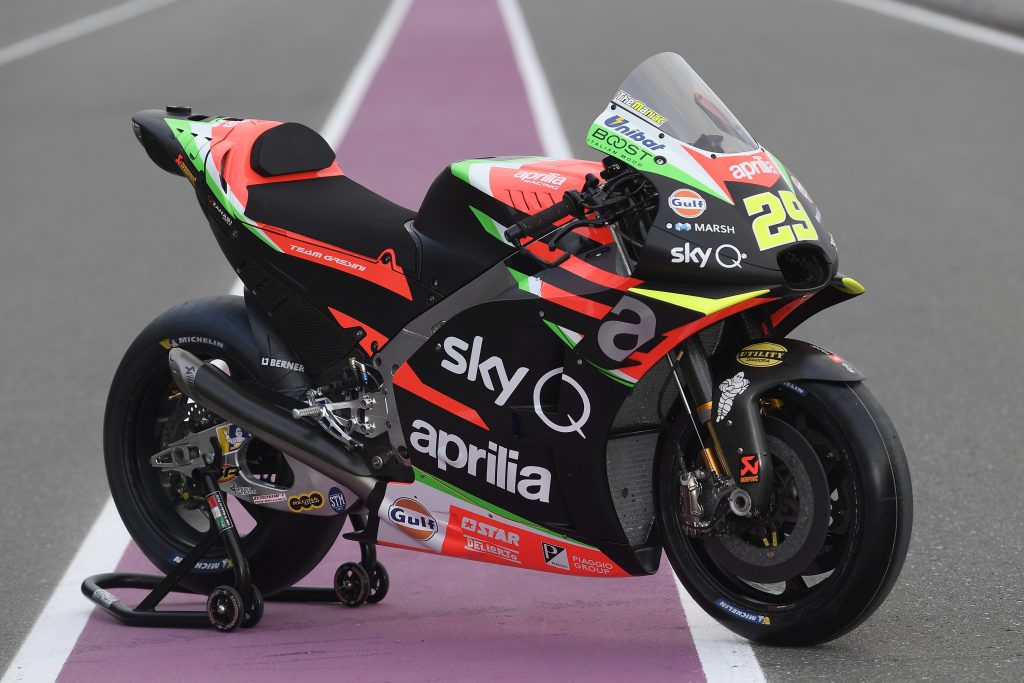 The Gulf brand is already in Malaysia, and they are actually one of the world’s largest petroleum brands. They offer fuel retail (as in petrol stations) and lubricants to a wide range of automotive and industrial applications.

“The opportunity to move up into MotoGP, as a major partner of Aprilia Racing was a logical next step forward after World Superbikes,” explains Gulf Vice President International, Frank Rutten. “Aprilia is one of the most successful racing marques of all time while Gulf, of course, has a long history of success in motorsport.  Making the move up to Grand Prix racing with a manufacturer that we know matches our ethos of quality, endurance and passion and our desire for progress.”

“We are delighted to be forging this new partnership with Gulf,” enthused Aprilia Racing CEO, Massimo Rivola. “It is an iconic brand with an impressive range of products and a great racing history. We look forward to writing the next chapter in this history over the coming years. I am very pleased to have Gulf working with Aprilia Racing in our upcoming MotoGP campaigns and it will be exciting to see these two great brands moving forward together.” 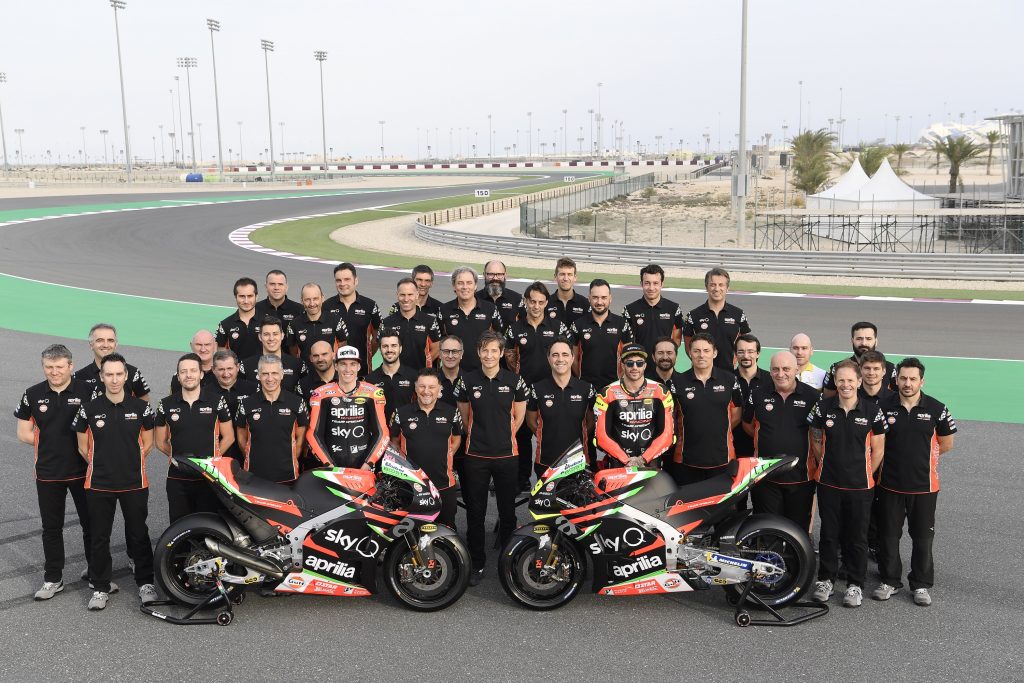 The Piaggio Group –for which Aprilia Racing is the technical flagship –is one of the world’s biggest motorcycle manufacturers, with more than 550,000 motorbikes per year sold across its brands, which also include Vespa, Gilera and Moto Guzzi, as well as Piaggio itself.

Gulf Motorcycle lubricants cover everything from scooters and small capacity motorcycles, to its dedicated range of  Superbike oils. Gulf has long used motorsport as a means to help develop and test new product. This step into MotoGP with Aprilia Racing heralds a further drive towards superior-technology motorcycle product from Gulf, as it seeks to conquer new, emerging markets as well as to strengthen its position in existing markets.

Aprilia is concentrating hard on MotoGP development for 2019, looking to be regularly in the mix at the sharp end of the MotoGP field. To this end, in January, Piaggio brought in former Ferrari Sporting Director, Massimo Rivola to head up Aprilia Racing. With two new crew chiefs and a talented rider line up of Italian, Andrea Iannone, Spaniard Aleix Espargaro and Briton, Bradley Smith, Aprilia is putting more resource than ever before into making strides forward in this intensely competitive series.

The MotoGP circus just concluded the final pre-season test for the 2019 season at the Losail International Circuit yesterday. The race season kicks off at the same circuit on 10thMarch.